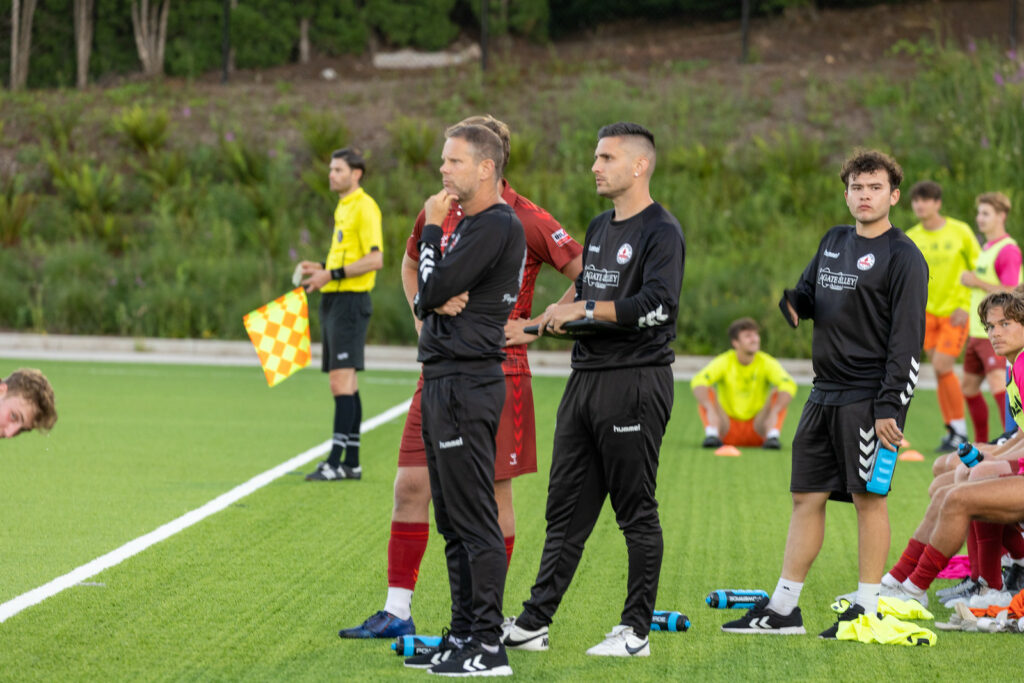 “It was tough. I think the response in the second half was excellent, but I felt both goals were our fault and caused by our mistakes… We really had to work hard for that point. Certainly, proud of the boys for the effort and the response in the second half. It was nice to get a draw and stay unbeaten in eight, in front of our fans for the last time.”

What changed at halftime:

On the next two games:

“We’re gonna go and try and win both games, like we always have all year. From the first two games to eight games in a row of getting results. We gotta keep that rolling. That’s something this club has never done before.”

“We played hard, didn’t play particularly well and we got a tie, so I guess we’re happy with that. WE went down twice and kept finding a way to fight back. The way we keep fighting and bouncing back is a great takeaway from this game.”

“It was a great team play. It comes off training. The one two combinations that we have been doing in training happened to show in game and it was a good team goal. Glad that worked out.”

His assessment on the match:

“They are a really good team. It was unlucky that we couldn’t get a win, but we are eight games unbeaten. That says a lot from the work that we are doing.”

“I had to go. I had a little bit of luck. I was there, and Brian told me the ball would be there.”

On the second half improvements:

“I think that the new guys came in with a lot of energy. I think that we were feeling that we could win the game, and everybody was pushing hard. The new guys that came in helped a lot.

On the final home game:

“It’s great playing at home. It’s way easier with the people and the field. It’s always really nice to play in front of our people.”