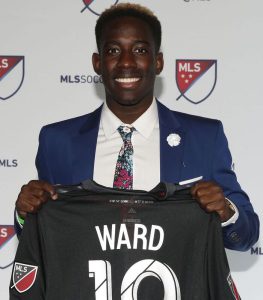 A 2-year stalwart for Lane United, Akeem was one of the most dynamic and versatile players the Reds have ever fielded. The 14th overall pick by D.C. United in the 2019 MLS SuperDraft, Ward made one appearance before being loaned to their USL affiliate Loudoun United FC. He joined USL Championship side Birmingham Legion FC later that year before signing with fellow USL Championship clubs North Carolina FC in 2020 and Oakland Roots SC in 2021, where he was named team captain.