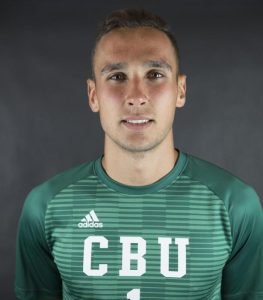 The Spaniard tended goal for LUFC during the 2019 season and became known for his proficiency in stopping penalties, as he saved all four attempts he faced from the spot, later being named to the All-Western Conference Team. After graduating from California Baptist University, Escuín signed with CP Villarrobledo of Spain’s Segunda B Division in 2020 before returning to LUFC for the 2021 season, again winning the Conference Goalkeeper of the Year award.