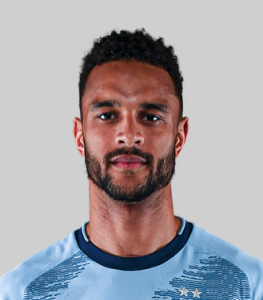 An instrumental part of LUFC’s inaugural season, Khiry was selected #2 overall by NYCFC in the 2015 MLS SuperDraft. He played three seasons there before moving to Sporting KC. He then signed with SC Paderborn in Germany’s second division in 2019, helped them earn promotion to the Bundesliga, and featured twice in the top flight before returning to SKC. Shelton has 12 career regular season MLS goals to go along with 16 career assists.