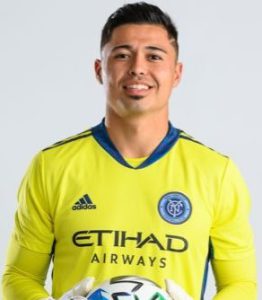 NYCFC traded up seven picks to select Luis with the 12th pick in the 2019 MLS Superdraft. Part of the formidable 2016 Lane United keeper corps known as ‘The Wall’, Luis has gone on to be one of the highest rated goalkeepers in the country. He went on a brief loan to USL Championship side Oakland Roots SC in 2021, making two appearances, before returning to NYCFC and earning five starts, including two clean sheets, en route to the club winning the 2021 MLS Cup.