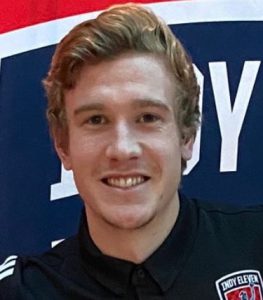 Nick graced the pitch for Lane United for two seasons, making 24 appearances and tallying 12 goals. He signed with USL1 side Lansing United in 2019 and was named the team’s Mid-Season MVP, scoring 6 goals with 4 assists across 28 appearances, and also earned a spot on the All-League 2nd Team. He joined USL Championship squad Indy Eleven in late 2019 and has tallied 5 goals and 7 assists across 45 appearances.