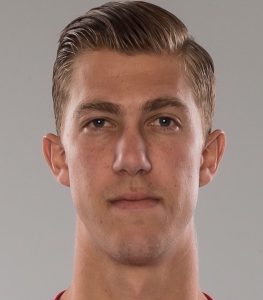 A former US National U17 Team player, Wade helped tend the goal during Lane United’s inaugural 2014 season. He was later selected by the Portland Timbers 61st overall in the 2016 MLS SuperDraft. He made a number of appearances for Timbers 2 over the next couple of years before signing with LA Galaxy II in 2018, playing in 18 total games between the two clubs.