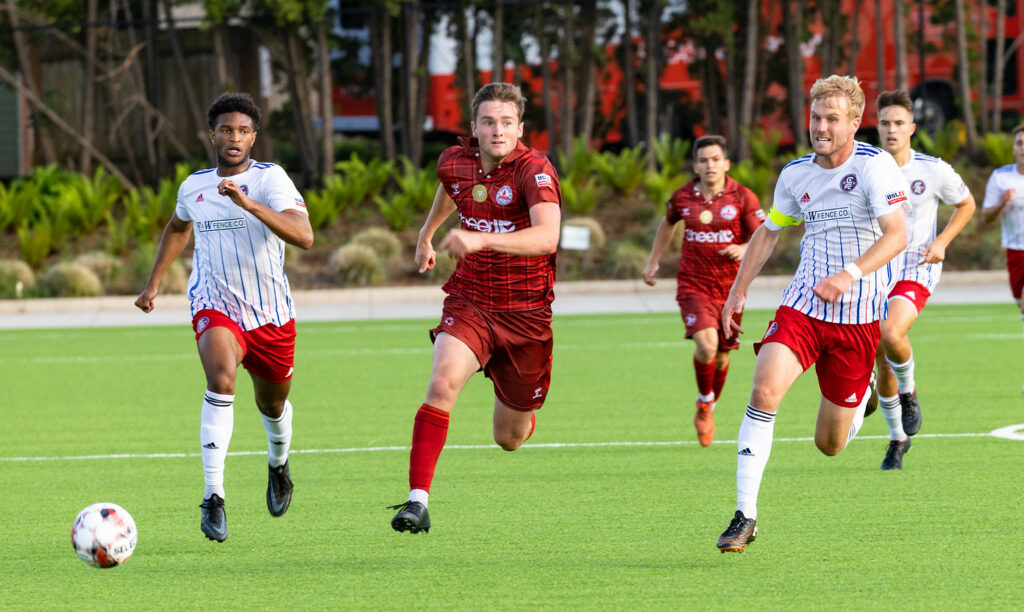 A penalty kick and free kick in the first 15 minutes gave the visitors from Salem an early 2-0 advantage, but Lane United created more chances and pressured CFC into turnover after turnover.

The Reds found their breakthrough in the 22nd minute via a beautiful Duncan McGuire cross and finish from Tommy Case.

Heroic stops by Albert Escuin kept the Reds within reach of a result, but the Reds were unable to find an equalizer.

The Reds will travel up to Albany to face Oregon Valley Futbol Alliance this Sunday at 2pm PT.

8’ – GOAL (CFCA) A penalty was awarded to Capital FC for a foul inside the box and was converted by CJ Tibbling.

23’ – GOAL (LUFC) Duncan McGuire lifted a lovely ball over the far post defender, where Tommy Case controlled it and finished through the goalkeeper’s legs to draw one back for the Reds.

34’ – YELLOW CARD (CFCA) Gabriel Silva is shown a caution for a hard challenge in midfield.

41’ – SAVE (CFCA) Duncan McGuire beat CFCA goalkeeper Quinn McCallion to the ball, but his lifted shot fell just wide of the goal.

66’ – SAVE (LUFC) Albert Escuin made a diving stop on a hard shot from outside the box.

67’ – CHANCE (CFCA) Albert Escuin made a sprawling kick-save off a corner kick.