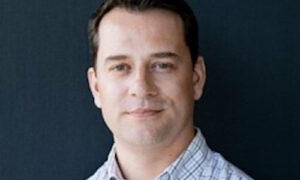 Perry grew up playing soccer in the Bay Area in California before playing in college at DIII Wesleyan University in Connecticut. He lived in Madrid, Spain after graduation and served as a translator for Atletico Madrid for five seasons.

He interned for Lane United FC in 2013-14 while a second-year MBA student at The University of Oregon’s Warsaw Sports Marketing Center and returned to the club in his current capacity at the beginning of 2020. His favorite players of all-time are Michael Owen, Andres Iniesta and Fernando Torres.

💪🏼⛏ Our ironman on the backline, Michael Hatcher from @PortlandMSOC led the team in minutes this season and was one of only three Lane United FC players, along with @TommyCase15 and @jcga988, to feature in all 12 @USLLeagueTwo games. #WATR #USL2 #path2pro #oregonsoccer

⚽️🙅‍♂️🥅
🇪🇸@Albertescuin_13 (@MaryvilleSoccer) led the squad in saves for the 3rd straight season!
🇦🇺Kieran Brown (@fhsusoccer) also contributed in goal w/ an impressive 6.5 saves/game, & Willem Ficek made his #USL2 debut between the posts in our penultimate match. #WATR #path2pro

Congrats to former Red @mbersano1 on making his long-awaited MLS debut! The GK made three saves and didn’t allow a goal in the 2nd half.
#WATR #OnceARedAlwaysARed #RedsInThePros

Italian left back Brian Torre, from @CBU_MSoc, paced not only our club, but the entire @USLLeagueTwo Northwest Division, with 5 assists this season. @creightonmsoc's @DuncanMcGuire5 and @ryanbrakke tied in 2nd on the team with 3 each. #WATR #usl2 #uslleaguetwo #path2pro #assists