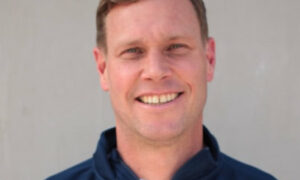 Colin was a 3-time All-League goalkeeper at South Eugene High School, State Honorable Mention, and 2nd-Team All State. He went on to star at Oregon State and played two seasons in the PDL for the Willamette Valley Firebirds.

Colin led the South Eugene High School boys to a Co-State Championship and four Southwestern Conference Championships between 2002 and 2006 and also served as OSU’s Men’s and Women’s Goalkeeper Coach from 2002-2004.