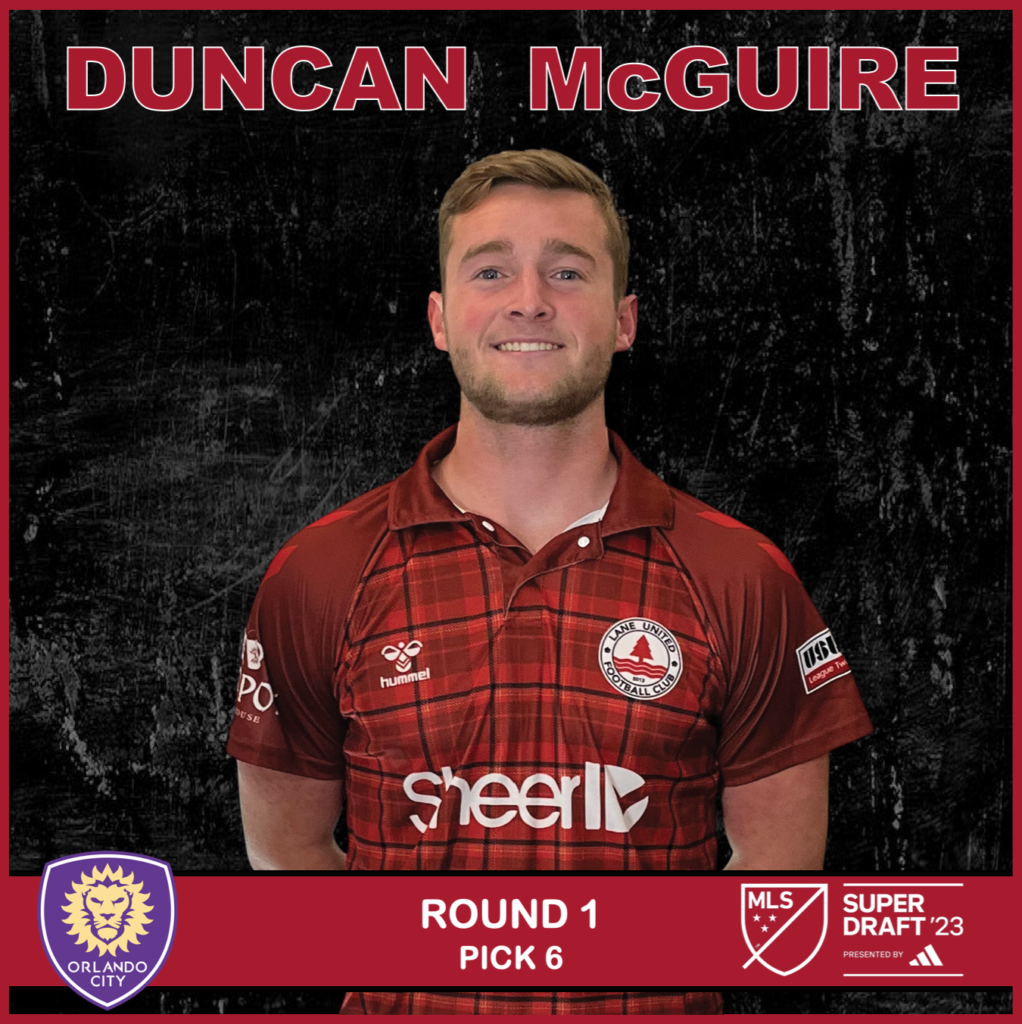 Striker Duncan McGuire, who starred for Lane United FC during the 2022 USL League Two season, was chosen in the first round (6th overall) by Orlando City SC in the 2023 Major League Soccer SuperDraft.

McGuire, who talled 4 goals and 3 assists for the Reds last summer, led the entire nation in scoring at Creighton University this fall, notching a mind-blowing 23 goals while leading the Blue Jays to a BIG EAST Championship and the NCAA semifinals.

Duncan was named to the United Soccer Coaches All-America Second Team and All-East Region First Team. He also earned BIG EAST Offensive Player of the Year honors and Most Outstanding Offensive Player for the BIG EAST Tournament. Furthermore, he was named the Men’s DI Player of the Year by respected publication Top Drawer Soccer and is one of three finalists for the prestigious MAC Herman Trophy, bestowed upon the top collegiate soccer player as voted on by NCAA Division I men’s soccer coaches. The winner will be announced on January 6th, 2023.