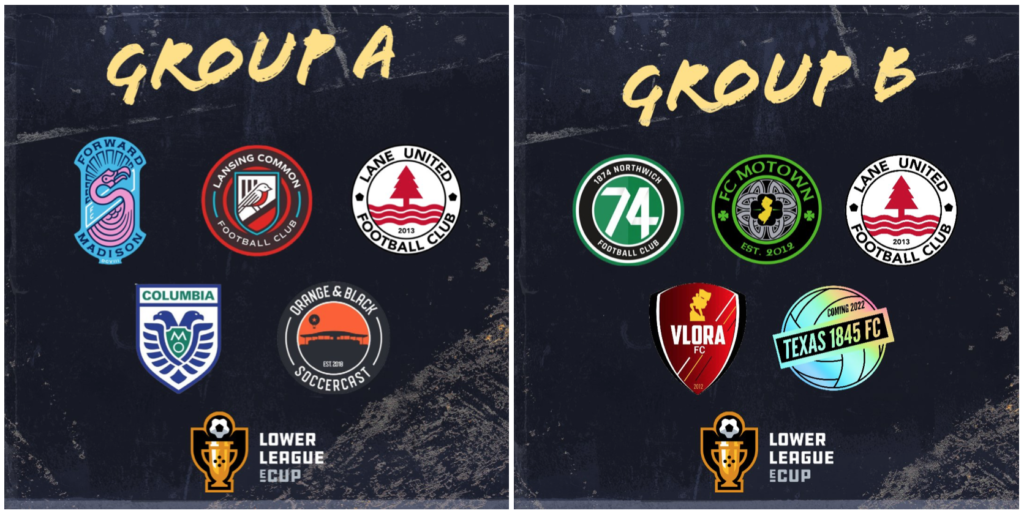 “I’m pretty excited to be participating [in this tournament] and honored! I’m really looking forward to playing well and playing against some good competition,” emphasized DLO.

Highlighting the competition he’ll face in Group B, he highlighted that, “It’s looking pretty good for the group stages, [I’m] feeling pretty comfortable… I’m starting to prepare my body, I’m training right now, I have my practice blocks.” He is facing Motown FC on Sunday, January 23rd, in his second matchup, a team that finished 2nd in their group last season. As strategies against an experienced team are very important to clinch a playoff spot, DLO commented that, “I’m going in with a mindset that every opponent I face will be a hard opponent.”

In the first PS4 match for Lane United, DLO will face 1874 Northwich from the UK. Although Northwich hasn’t participated on the PS4 platform in the eCup before, this match-up will be a true test for Group B playoff berths and getting a result from the opening match will be crucial.

Participating in the Lower League eCup for the third time, Coach Capp stated, “I’m looking forward to taking part in another eCup tourney and representing Lane United FC! Thanks to my previous involvement, I was able to make many connections I never would have been able to and I thank the organizers for continuing to run this awesome competition. I’m certainly planning to make a deep run this year!”

Coming off a two-point performance in the last competition, Cappelletti must finish in the top two of his five-team group. A big challenge standing in his way is Forward Madison FC, who went out in the Semifinals last year. Cappelletti’s opening fixture is against AFC Columbia on Monday, January 15th. AFC Columbia won their 2021 Lower League eCup group but failed to get past the first round of the knockout stages, so this is clearly a key match in the group phase.

PlayStation has the same format for the Lower League eCup as Xbox, but the PS4 only has six groups compared to nine for Xbox. With the top two seeds in each group clinching a playoff berth with the top, those who do not qualify directly for the playoffs in this manner will drop into the “Challenge Cup” bracket as a sort of “redemption”. The winners of each of the Challenge Cup Brackets will then also qualify for the knockout stage.

The tournament continues through January with Championship Week slated for February 21st- 24th. All of our matches will be available to stream live via our Twitch channel. To stay up to date on Lane United FC’s schedule, results, and standings for the 2022 Lower League eCup, click here.